How To Fix A Stuck Door Latch 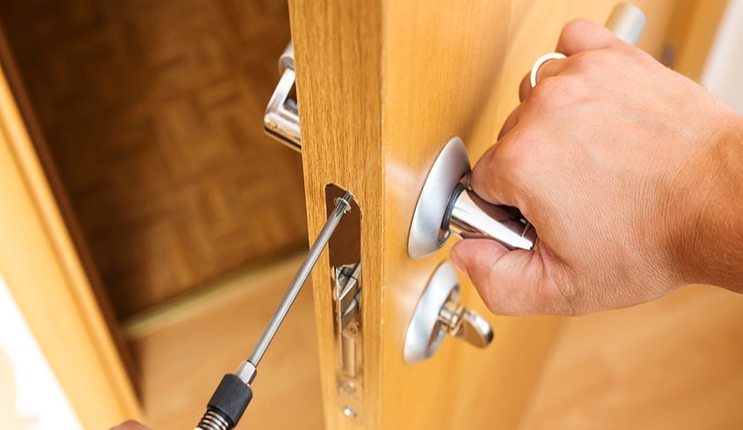 Door locks serve one basic purpose – to lock the door. If your door lock isn’t doing its job properly, it can be extremely frustrating. What’s even worse, is when your door latch gets stuck or tends to get stuck sometimes. You’ll see that the entire handle or knob is in place but something is getting in the way of how the latch works. If this is happening to your door latch, and you can’t figure out what’s causing it, look no further! We’ve put together a list of the top 3 reasons your door might not be latching and how you can fix it!

This too should be an easy fix. All you have to do is clean out that mixture. You can first try to clean it while the lock is still in the door. Use a small toothbrush and try to scrub it with some vinegar. If that doesn’t work, it might mean that the “gunk” goes in deeper than you thought. In this case, you might have to disassemble the entire lock and then clean the parts individually and then put it back together. Once the lock is clean, the latch should be working again, good as new!

Take apart the entire lock and check the individual parts to see if they’re functioning properly with each other. If they aren’t, try putting it back together properly and see if that fixes the problem. If it doesn’t you might have to call Locksmith Birmingham, or a locksmith in your general area, to come and check the lock for you. They’ll either fix the broken section of the lock or if it’s beyond repair, will install a brand new lock for you to fix your problem!

How To Maintain Your Home’s Exterior

What to Consider When Choosing the Best Combination Locks?