Facebook: Will it be the first Internet giant to decline due to values?

On August 8, CNBC reported that Facebook, the second-largest traffic website in the US, may be overtaken by Google, the parent company of Google’s parent company, in the next two to three months.

The reason for this view is that market research firm SimilarWeb has shown in its latest research report that Facebook’s network traffic has dropped by nearly half in the past two years, while YouTube’s traffic has been rising.

Indeed, Facebook, which has been mired in stock plunging and market volatility due to user data breaches and fake news events, has been overwhelmed by the “values” of Western society. However, Zuckerberg will obviously not be willing to give up the position of US user traffic ranks second (Google, Facebook, YouTube, Yahoo and Amazon).

On August 13, Facebook announced the acquisition of the Vidpresso technical team of interactive video company in Utah, USA. This is a new move to deploy video services after Facebook announced its 2018 year as a key year in its video strategy. However, public opinion is generally pessimistic about Facebook’s move, and the reason is still related to “user privacy.”

“We are very excited about joining Facebook. We will continue to help content creators, publishers and broadcasters create better live experiences and focus on our best-known skills – on the Facebook live video section Facebook Live Enable international-level interactive streaming.” Vidpresso officially said on the website.

However, compared to whether this acquisition will make the Facebook video business more powerful, American journalist Jack Kanter is more concerned about whether the cooperation between the two will help the social platform to be more standardized in data privacy protection.

“Facebook has worked with Vidpresso before. In April 2014, Facebook asked new applications to go through the review and approval process to access platform user data. Most applications began to comply with this rule by May 2015. But Vidpresso has been delayed until November of that year.”

Jack Kanter said on August 14 that “Facebook mentioned this in a written testimony submitted to the US Congress last month. But did not explain why Vidpresso could be treated specially.”

Currently, Facebook seems to be facing internal and external problems. There are user privacy protection rules to be followed by social platforms after the introduction of strict EU data protection legislation; during the follow-up elections, the prevention of interventions in Russia during the preparations for the 2016 US presidential election; on the existing platform, The user growth rate that is saturated; and then, the huge investment in security and privacy.

On July 25, Facebook released its second-quarter earnings report and told investors that the market value of users slowed down from about $630 billion to $510 billion due to a slowdown in user data due to Cambridge analytics data breaches (including belonging to owning Facebook). 17% of the founder Mark Zuckerberg’s $17 billion in wealth).

On July 26, Facebook’s stock price on the New York Stock Exchange plummeted 19% from $217 per share to $176 per share. This time the stock price fell, the biggest one-day drop in Facebook’s market capitalization. As the biggest loser, Mark Zuckerberg’s book wealth fell from $86.5 billion to $70 billion, falling from the world’s third richest person to sixth place.

Colin Sebastian, an analyst with the US investment bank Baird, believes that Facebook’s share price has fallen because of two “bombs” that were dropped on a conference call with analysts – third quarter and fourth quarter Revenue growth will slow significantly, and subsequent operating margins will decline in the next three years.

“What’s important is that, to a large extent, these are Facebook’s self-caused issues.” Colin said.

Jeffrey Hill, an analyst at Jeffrey Bank Group, said in a conference call with Facebook executives: “Many investors have difficulty reconciling this slowdown in revenue. It seems that this scale is more than what we have seen. Any situation, especially the technology companies we cover.” Financial investment is a highly leveraged area, and once investors begin to doubt the company’s profit model, valuations will drop rapidly.

There are Facebooks in the Internet field, and the competitors they face are competing for users and market share in the social platform field.

According to the SimilarWeb report, Google has remained the most visited website on the Internet in the past two years. Although the use of applications and voice search, Google’s website traffic has declined. But in July of this year, Google’s website still has about 15 billion user visits. Other sites have fewer than 5 billion visits.

In the competition of top websites, other players are also gaining momentum. YouTube’s parent company, YouTube, has increased traffic and viewership, while Amazon’s website has been visited by users during large shopping festivals (such as last year’s December and July’s annual Prime membership day). More than Yahoo, and is expected to replace Yahoo’s ranking in top-level sites in the next two to three months.

Interestingly, Facebook’s monthly page visits dropped from 8.5 billion to 4.7 billion. Even Facebook’s application-side traffic growth is still not enough to make up for this reduced number. 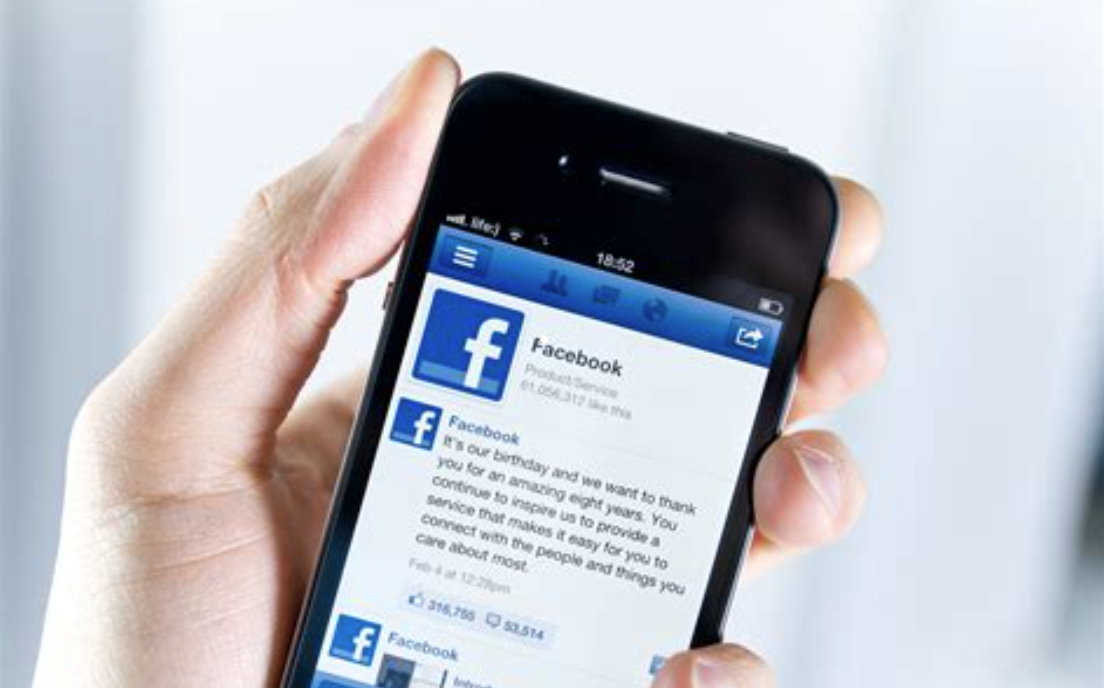 “Even if the video business is expanded, not the platform and content are built, the users will come in groups,” said senior US journalist Sahr Patel. Losing the trust of users is a bad thing for social platforms. If you can’t rebuild trust, no matter how rich the design of the platform is, it doesn’t help.

“Because advertisers have basically determined this year’s budget, GDPR (General Data Protection Law) currently has little impact on advertising revenue, but we also realize that its impact has not been fully revealed during the quarter. In Europe, the future There may be more risk of a drop in the number of users,” Facebook chief operating officer Shirley Sandberg said in a conversation with Wall Street analysts.

In fact, in the second quarter of this year, the advertising revenue per user for Facebook increased from $23.59 in the first quarter to $25.91. However, for Facebook as a social platform, in the long run, ignoring user privacy leads to user loss, which will ultimately be unacceptable to advertisers.

Obviously, the confidence that platform users lose to Facebook also affects the confidence of advertisers in Facebook. On August 15th, in an incident in which Facebook was sued by advertisers and accused of exaggerating advertising audiences, advertiser Daniel Singh (a fashion business owner based in Kansas, USA) filed a lawsuit in court: “Facebook is potentially advertising its ads. The false statements of coverage have tempted advertisers, including plaintiffs, to continue to buy advertisements because buyers believe their ads are expected to reach more people.”

For social platform providers, users and data are the main assets, and advertising has always been its main income. If there are no users, the ads will have no reason to continue to serve. The decrease in advertising earnings is, in the long run, the fact that investors are unacceptable.

The correct values ​​are the peace of mind that Facebook needs to give users. 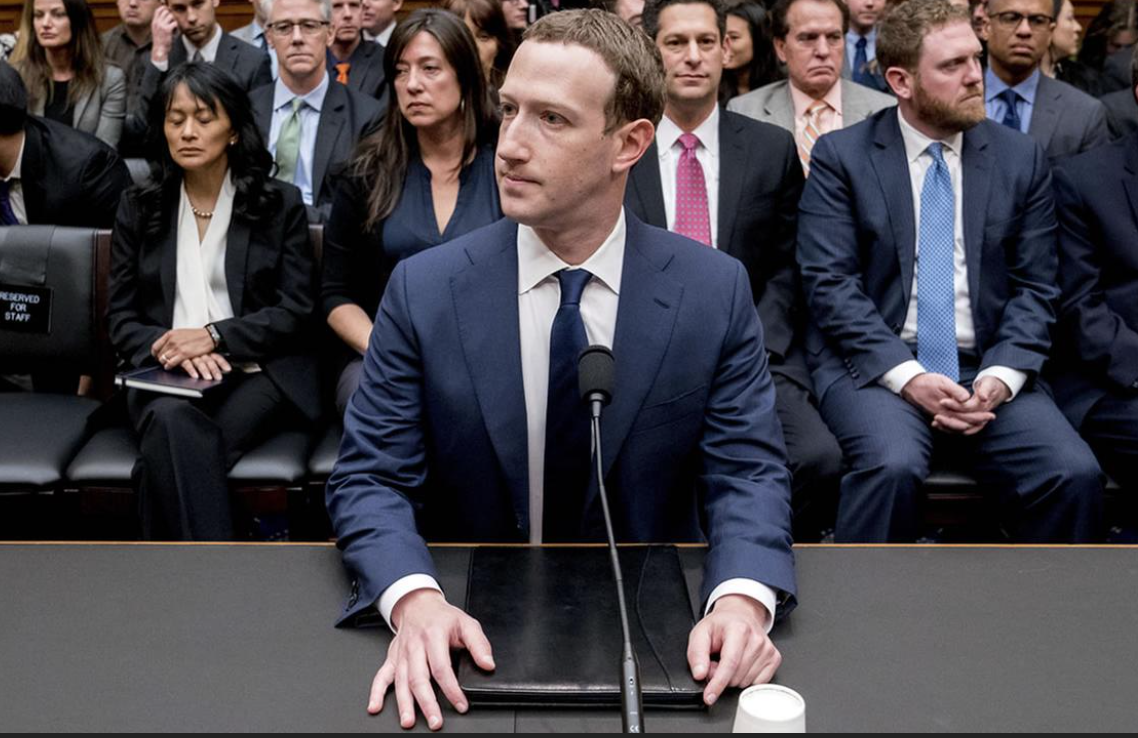 For how to reshape user confidence, Facebook plans to invest more manpower and resources to solve this problem.

For example, in April of this year, Zuckerberg admitted in Facebook that during the preparations for the 2016 presidential election, the response to Russian intervention was too slow, Facebook spent a lot of money to improve data security and strengthen the supervision of the website. This has increased the cost of the second quarter of this year by 50% to $74 billion.

“Our total revenue growth will continue to slow in the second half of 2018. After 2018, we expect all spending growth to exceed revenue growth in 2019.” Facebook Chief Financial Officer David Weiner on July 25 “The cost is expected to increase significantly as a large part of the effort will be spent on improving data processing and advertising drivers that give users peace of mind.”

“Facebook plans to hire 20,000 people by the end of the year to improve platform security and help review suspicious content on the site. The company has been hiring additional employees quickly. Compared with last year, the number of employees has increased by 47%, and the total number has exceeded 30,000. Looking ahead, we will continue to invest heavily in security and privacy because we have a responsibility to ensure people’s safety,” Zuckerberg said.

In fact, from the original two years ago, Zuckerberg thought that Russia’s intervention in the US election on Facebook was a crazy idea, and Zuckerberg apologized for that view a year ago; from thinking that Facebook is just a social The platform should not interfere with the freedom of speech on the platform. By the beginning of this month, we will remove the disastrous remarks on the Facebook website. We have seen that Facebook’s values ​​regarding user privacy events and platform security have also changed over the past two years.

However, in addition to increasing investment in technical support, Facebook must truly regain the trust of users, and perhaps increase communication with users, let users know their latest values, and ensure that Facebook will really pay attention to each user. Privacy, giving users sufficient right to know and to choose, and to ensure that the user’s private data will not be used to “do evil” or assist others to “do evil” under any circumstances.

As Facebook user Kevin Kravia once said on the American social quiz site Quora, “Users need to have the right to choose things. I told my friend on Facebook that ‘my beautiful lunch makes me happy’, and Doesn’t mean I want to participate in a Facebook study.”

For some professionals, there is still a good chance that Facebook’s current crisis will be reversed. Although SimilaWeb Chief Insight Officer Stephen Klaus believes in the report that Facebook may be overtaken by YouTube in the next two to three months, it also pointed out: “Facebook still has some good products, such as WhatsApp and Instagram. The traffic on Facebook.com has decreased, but it sees itself as a product portfolio.”

By ignoring user privacy, it has a bad influence on the community, so that it is abandoned by some users. Facebook’s current situation proves the fact that a company can’t steadily maintain its brand if it doesn’t have the values ​​that are in the public interest, even if there is strong technology.

Technology may not be sinless, and algorithms may not have values. But companies built on technology or algorithms need to have a certain responsibility for society. In other words, only by having the right values ​​first, can Facebook regain the trust and growth of users by taking advantage of the remaining advantages and the constant investment in new technologies and product functions.

However, if it is still unable to effectively handle user privacy issues, it is not impossible for Facebook to become the first Internet giant to fall because of “values.”

Why do you need followers and likes on Instagram?

FMWhatsapp- The best Alternative of Whatsapp